To get your car whatever it needs completed on time and where you need your car to be, book a Lubemobile mobile mechanic. We work on all vehicle types including commonly serviced Holden, Toyota and Ford. All work is carried out on site and your mechanic comes equipped for the job ensuring your time and convenience is affected as little as possible. Typical repairs and service work on BMW, Mercedes and Peugeot have been carried out in and around your area already. Parts are sourced quickly and efficiently and we use on the highest quality spares such as battery replacement, clutch and headlights.

Customers love us in Burwood

Very happy that Mechanic available on the Saturday. Whilst he didnt fix on the spot as he didnt have the parts which was understandable he provided a temporary fix so we were able to still drive the car until the parts were availa lable the following Tuesday. This is 2nd time we’ve had to call Lube Mobile on a weekend..

Keep your service history up to date on your Lexus or Ssangyong with the 20 Lube Mobile mobile mechanics in Mornington Peninsula who arrive on time and with what they need to complete high quality repairs and service work on your vehicle. With over 62 positive reviews already, it’s small wonder Lubemobile have maintained a reputation for excellence by providing industry leading service. Get rid of the hassle of dropping your car off at a workshop and enjoy the flexibility of having your vehicle looked after where you need it to be. Book your on site service today and become another happy customer who have already experienced great services.

Lubemobile mechanics are the mobile professionals operating right across Australia and available wherever you need us. Need your car serviced in Burwood? Are you living in Sandringham, Noble Park and working in Mount Eliza? Get your car serviced wherever you happen to be, at the time that suits you best. Our mechanics have serviced over 1,829 vehicles in your area over the past 3 months. Our most popular vehicle service in your area is Log book servicing but our mechanic specialists arrive fully equipped to tackle whatever your car needs including fuses inspected and replaced , on-site tyre replacement from our fleet of specialist tyre services, and ignition switch repairs. 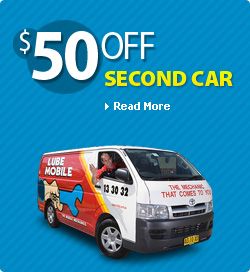